By SafeFootballTickets November 3, 2022
Update November 2022:
Chelsea tickets for all matches are now available to purchase. See below for our recommended websites and the best options in finding tickets to watch Chelsea, home and away.

Where to Buy Chelsea Tickets?

Our first recommendation is to check directly with the club to see if they have tickets available. Whilst most matches often sell out 8 weeks in advance, there are some games, mainly midweek matches which are often available to fans. If you want to purchase tickets directly from the club, the first requirement is that you must have a Chelsea Membership. Each season there is a limited timeframe when you can purchase the membership.

The next best option is to order from our recommended Chelsea FC Ticket seller.

All Tickets are 100% Guaranteed.

The cost of an adult membership at Chelsea is £32. However this by no means guarantees any tickets.

The more matches that you purchase throughout the season increases the membership points on your account. To purchase tickets for the big games against rivals such as Arsenal, Liverpool, Manchester United, Manchester City all require a large number of points.

If you are only interested purchasing tickets for one or two Chelsea matches, purchasing a membership is not really worth the investment. If however, you intend on visiting more than 4 times in one season then I definitely recommend you purchase a membership.

Each ticket to Chelsea requires one membership, i.e. you cannot purchase more than one ticket on each individual membership.

Several weeks before each game Official Members have the opportunity to login and select seats for that particular game. Due to the high demand in Chelsea, tickets sell all tickets instantly to most teams. The best option is to purchase tickets from a recommended ticket website, listed below.

If you want to purchase tickets then my advice would be to only use a trusted and safe ticket website listed below.

All Tickets are 100% Guaranteed.

If you visit Stamford Bridge for any Chelsea game,  there will always be local resellers outside selling tickets. As with any event, please make sure you check the ticket before purchase.

Ticket prices can often be higher outside any event so if possible, our advice would be to purchase online .

Chelsea FC are different to most clubs as they offer a greater percentage of tickets to members, this allows more fans to watch the team play at Stamford. Getting tickets is easier than most big clubs in the English Premier League and most people will be able to follow the buying process without difficulty. Ticket demand for Chelsea games is however very high and therefore do not expect to simply get tickets for the big games.

With around 5,000 tickets being made available for all Chelsea home games this means that tickets are accessible to fans. Would we recommend that you purchase a membership and apply online for tickets for one game only? No, simply because of the low chances of getting the tickets for the game you require.

As with Manchester United, Liverpool and Arsenal Chelsea price the tickets based on a category system with AA being the biggest games.

Getting a season ticket for one of the world’s biggest football clubs can be difficult and these are not cheap. The cheapest season ticket costs £740 and the most expensive is £940 excluding any cup games.

The idea of having loyalty points means that the more you have the higher the chances that you have of getting tickets to the biggest games. Advice from SafeFootballTickets.com would be to buy your Chelsea tickets from one of recommended secondary ticket agents listed above.

Away tickets for all Chelsea games are always in high demand and sell out immediately to the Season Ticket Holders at the club. With this, it is difficult to get tickets to the away fixtures unless it is a EFL Cup game or a midweek game located outside of London. My advice would be to get tickets for a home game at Stamford Bridge if possible, if not then get tickets from a guaranteed supplier listed above.

As with any major city, London has many different classified advert websites, the main ones being Gumtree and Craigslist. Whilst these websites are good for certain products, I would recommend against using them for Chelsea tickets. The platform is open to scammers from around the world to offer non-existent tickets for the games. We have received many emails from people detailing how they have used these websites and have never received the tickets.

My advice would be to avoid these websites especially for the major Chelsea fixtures. As always, meet the seller before you pay for any tickets, under no circumstances send any money for tickets before you have them in hand.

Chelsea have a great history in the FA Cup having won the competition on several occasions at Wembley Stadium. With this the team and football club take the competition seriously, always aiming to progress to the next round. If Chelsea do reach the FA Cup final at the end of the season then tickets for the game are higher than normal, this is due to the increased demand placed. With Wembley holding 80,000, fans from both teams receive only 20-25,000 making tickets in Chelsea section extremely limited. Considering that Chelsea has more than this allocation in Season Card holders then it is a difficult process for the fans.

From previous years, the ticket office have used a ballot type system in which those eligible to enter, normally based on the loyalty of the fans, often being determined by the amount of matches they have attended in that particular season.

The Chelsea football stadium is linked with several main tube and train stations and is easy accessible and well-connected from anywhere in London.

There are several types of tickets for a Chelsea football match, most being digital tickets or Season Cards. With paper tickets simply located which section in the stadium you are located, East, West, South or North. Each ticket will have the Stand Details and the block number. Go to the turnstile with the ticket and scan it through the electronic barcode readers installed. The light will change green and you can pass through. The ticket will show you where to go once inside the stadium. Digital tickets will be delivered via Email, allowing you to simply show the ticket upon entry into the stadium. All tickets purchased will come with complete details on how to enter the stadium. 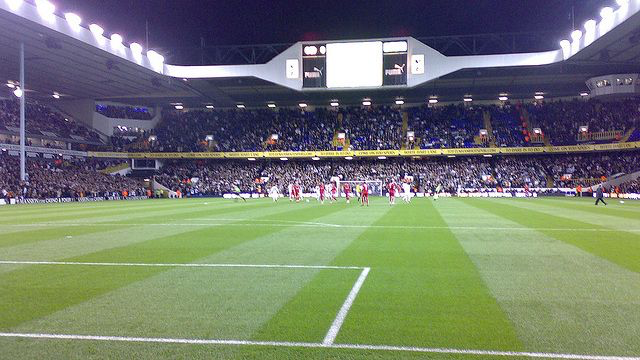